The Big Short is a recently released dark comedy that explores the 2008 financial crisis. It’s nominated for several awards in the upcoming Oscars, and has garnered significant attention for its success in communicating tricky financial concepts to a general audience. Steve Carell, who co-starred in the film, offered this assessment:

At first the terminology and the concept were so complicated and dry to me, but the way Adam McKay presents it is so funny and entertaining. He breaks down the complicated theories and makes it understandable and accessible. I hope people will learn more about it so it creates a discussion.

We instructional designers hope that the learning experiences we create will garner similar reactions from our learners. Now, Adam McKay is not an instructional designer by trade. He’s a film director and screenwriter. Nevertheless, The Big Short adopts some pretty solid instructional design principles. Here’s a brief analysis of each and some ideas about how to use similar strategies to make Oscar-worthy training.

1. Explain concepts at the moment of need. A viewer has to understand about half a dozen financial terms to really follow The Big Short and the implications of its dialog and plot. Rather than explain concepts like tranche and synthetic CDO up front, The Big Short elucidates them with short scenes, pauses and narration, inserted in thin slices throughout the film.

Imagine if all these financial terms were explained before the opening scene, perhaps in a 10-minute mini-lesson in finance delivered alongside the opening credits. Would an audience be inclined to pay attention to this content? Perhaps, but it’s unlikely. It wouldn’t be clear to viewers how the concepts apply to what is really interesting to them—the drama of the story.

When learners don’t immediately grasp the importance of new material, they tend to tune it out. That’s why it’s often better to explain foundational concepts within a scenario or performance context. The desire to understand a story or complete a challenging activity motivates learners to pay attention to any information that is required for achieving that understanding or completion.

Alas, training departments don’t have Hollywood budgets. Fortunately, a host of tools and strategies is available for delivering information at the moment of need: job aids, tutorial videos, hyperlinks, popup boxes, and instant messaging are just a few of these.

2. Use familiarity to capture attention.

The presence of celebrities make the brief explanatory scenes I described above more powerful. We humans have a tendency to pay attention to familiar faces; they’re what learning interface expert Dorian Peters calls a “primal attention grabber.” Furthermore, these celebrities often appear suddenly in The Big Short, creating a feeling of delightful surprise—another attention grabber. In one iconic scene from the film, Ryan Gosling uses a modified Jenga set to explain the basics of mortgage ratings. (Here’s a YouTube link to the scene. There’s some profanity, so you’ll want your headphones handy.) Other such mini-lectures feature Margot Robbie in a bubble bath, Anthony Bourdain cooking fish stew, and Selena Gomez playing blackjack with economist Dr. Richard Thaler.

Of course, a lecture on mortgage-backed securities is going to be more captivating when delivered by a person covered in bubbles, but we’re not going to use such imagery in our corporate training materials. Nor, I imagine, will we be able to get Brad Pitt to star in our new hire orientation videos. Yet the key is not really celebrity, but the feeling of recognition. Even if we instructional designers can’t hire Hollywood stars to grab learners’ attention, we can achieve similar benefits by using photos and videos of real employees and business leaders in our training materials. In The Big Short, facts and statistics about the economy are delivered via dialog.

A storyteller constructs a narrative in order to elicit cognitive and/or emotional responses from the listener. This is also true for other storytelling media, such as films, novels, comics, and video games. Engaging with a story involves thinking critically about the plot, the characters, and the surrounding circumstances. We analyze the details of setting and dialog to understand what has happened and predict what will happen next. Narrative has always been used to instruct as well as entertain, so I think of storytelling as the original form of instructional design.

The instructional goal of The Big Short was to educate consumers about the roots of the 2008 financial crisis. Before the picture was released, there were already dozens of films and documentaries about the crisis, in addition to millions of web articles and hundreds of books, including the Michael Lewis bestseller on which the film was based. So why make another piece? Well, people love an underdog story. A blockbuster about “a handful of unlikely—really unlikely—heroes” might garner a wider audience than even the most well-reviewed documentary, and result in greater instructional impact than films that didn’t feature such captivating characters.

Storytelling may be entertaining, but it’s not always the most efficient or effective way for people to acquire new knowledge or skills. Narrative might be an appropriate way to:

In writing and directing The Big Short, Adam McKay faced challenges quite similar to the ones we regularly face as instructional designers: making specialized knowledge interesting and applicable, getting people to engage with a topic, and helping them understand and care about past events. If the Academy Awards had a category for Best Instructional Design, I think The Big Short  would be the leading nominee. 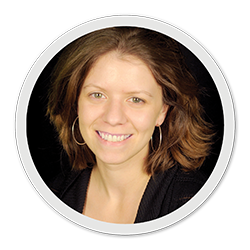