Once every quarter, our Minnesota office becomes Game Night HQ. First and foremost, we plan the snacks and adult beverages. Then, we plan our games. Come take a tour of our Game Night last week, and hear what a few Allenites have to say about why we play. 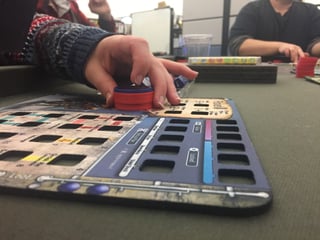 One group spent, oohhhhh, four hours (five? More? They were still playing when the rest of us left) playing Too Many Bones. In short: this fantasy-based RPG puts you in the skin of a new race and takes you on an adventure to the northern territories to root out and defeat growing enemy forces and of course the infamous "baddie" responsible.

Ellen Burns, Instructional Designer, had this to say: “I think well-designed games capture the type of imaginative problem-solving that is considered so valuable in today’s workplace. This strikes me as especially true for games that require collaborative group play. These games require a group of people to work together to solve a challenging problem. Take Too Many Bones. Superficially, the problems in that game don’t resemble those of the modern workplace (unless the work involves fighting hordes of mud monsters and angry griffins), but the actual experience of collaboration can be exactly the same.”

For the record, Ellen was a Gearloc with healing abilities. 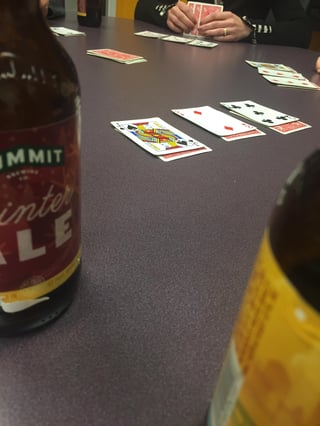 Insights from Carly Yuenger: “Some of us were playing a game so complicated it seemed like you had to play for hours before anyone would know the basics of play. I opted for the card game, and was pleasantly surprised to find myself in the same position! Even though I was able to learn the basic rules in just a few rounds, “learning to play” didn’t stop there – once we knew the rules, it was time to learn, better and better, how to use them in our favor to win. For one, it reinforced what we always say: doing is the best way to learn. And our teachers knew this – they both shared a few rules and then said “we’ll learn the rest as we go.” But the bigger aha for me was this: “playing” is almost indistinguishable from “learning to play” or “learning the rules” – every instance of using a rule provides a lesson on how to use it better. Learning to play never really stopped.”

What do our developers think? “Games offer immediate, albeit fleeting, delusions from the unrelenting hellscapes we pretend to inhabit day in and day out.” – Andy Rakotz, Lead Developer

Yeah, that’s Andy. He’s like that. Moving on! Virtual reality also played a prominent role in our Game Night. 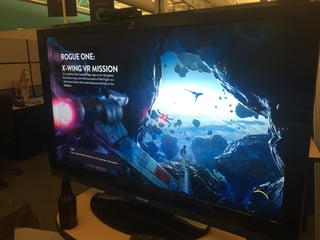 “Well, I let down the rebellion,” says Edmond Manning, Senior Instructional Strategist. “I got killed about thirty-five times and only managed to kill one Imperial fighter. If I were personally protecting Luke Skywalker, his headless corpse would be floating in space right now. What I find fascinating about playing games is that I allow myself to be terrible. I allow myself to admit I don’t have a skill. I was awful at the eye/hand coordination to fly, turn, fire, put up my shields, blast, follow the leader into battle, and I couldn’t find a cup holder anywhere in the cockpit. With games, players allow themselves to freely admit, ‘I don’t have this skill.’ How often do learners adopt that mindset? And when you actually acquire the skill—really acquire it, it means something. Did I give up when I was blasted into cosmic dust? Naw. I just got back out there and got killed again. But when I actually succeeded in shooting down a Stormtrooper, I screamed. All my colleagues thought my head exploded inside the virtual reality helmet.”

Jay Peterson, an instructional designer, had much to say about how people learn. “Watch what everyone in your party is doing. One person might read the rulebook cover to cover before starting. Others might read two lines, jump in, and play until they get stuck. Others might say the rule is whatever’s most fun at the time. It’s fascinating to see what angles people approach these challenges from, what uniquely inspires them to care about the game, and especially how they react when situations change and they are forced to take on roles that they aren’t yet comfortable with -- like when your heaviest hitter is annihilated, and you have to pick up the slack on the offensive.”

Ellen agreed with Jay and added her spin. “It’s also fascinating to see how a person’s learning preference changes based on the game, their role, or on the group. As a tabletop RPG player, I never read the whole rulebook. I make a character, and then solicit the help of other players and the game master to figure out rules as I go. When I’m the game master, I like to read the rulebook front-to-back (twice) before leading players through it.” 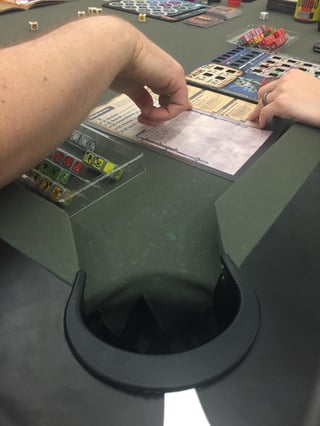 In closing, one of the worst players of the night (Edmond Manning) said, “To be good at games, you don’t have to be good at games. You have to be willing to be terrible—willing to be a novice. Games you already know might not help you in current circumstances. Or that knowledge might get in the way of learning a new game. For anyone who claims to understand adult learners, it’s incredibly valuable, being terrible while learning a new skill. We get to experience irritability, frustration, boredom, and every emotion adult learners go through when we subject them to our training experiences.”

Of course, some might argue that with Game Night, it’s all about the snacks. 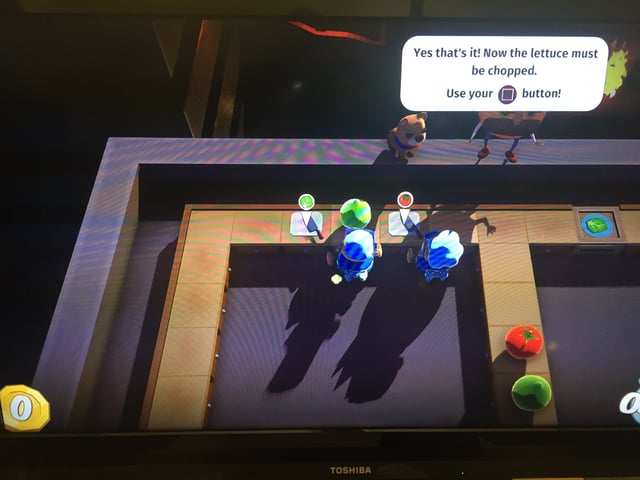 Posted on Fri, Nov 17, 2017
Next Post:
Integrating Gaming and e-Learning Design Part I of 3: An ID-Based Model
Previous Post:
Why Today’s Training Should Focus on Modern Learners, Not Just Millennials