We recently redesigned the ATD Advanced e-Learning Instructional Design Certificate Program, and I had the pleasure of facilitating the first delivery of the new program. The redesign was based on feedback from previous participants, as well as discussions with participants of the basic ATD e-Learning Instructional Design Certificate asking them, “What next?” More often than not, we heard that they wanted to jump in!

The participants we talked to wanted an opportunity to practice a real design and have meaningful discussions about their choices and design decisions. Therefore, in addition to incorporating roundtable conversations and activities designed to uncover and tackle day-to-day challenges, share best practices, and offer guidance on emerging trends in the field, we now also have participants sketch and then prototype instructional treatments for a design challenge.

As I prepared for the pilot of the new program, I was a bit concerned about whether the prototyping activity would succeed or fail on execution. In the ATD e-Learning Instructional Design Certificate and the Leaving ADDIE for SAM Mega Workshop, we do a lot of sketch prototypes. It is the next step of arriving at a place where you are ready to take a sketch and build something that scared me—not so much because we were adding technology to the mix, but because the first time you prototype…it’s TOUGH.

The thing about the collective world of instructional designers (and I have traveled the country talking, teaching, and working with many of you, and oh, that’s right I’m one, too!) is we are by and large the biggest group of perfectionists and co-dependents I know. We want everything we touch to be spit-polish perfect―the graphics, the content, the grammar—all worthy of the coveted A+. We want to solve our client’s problems, to ease their pain, make things right, and to feel needed and essential in coming up with the solution. I can’t describe the excitement I used to feel when presenting my design documents and storyboards: I have the PERFECT remedy for all your problems Ms. Client and doesn’t it look beautiful?!?

But, when you prototype and iterate, you have to let all that go. All of those perfectionist traits that you’re probably actually secretly proud of—wearing your OCD badge like it’s an honor—they all must simply be traded away in exchange for the worst thing ever—the possibility of failure! 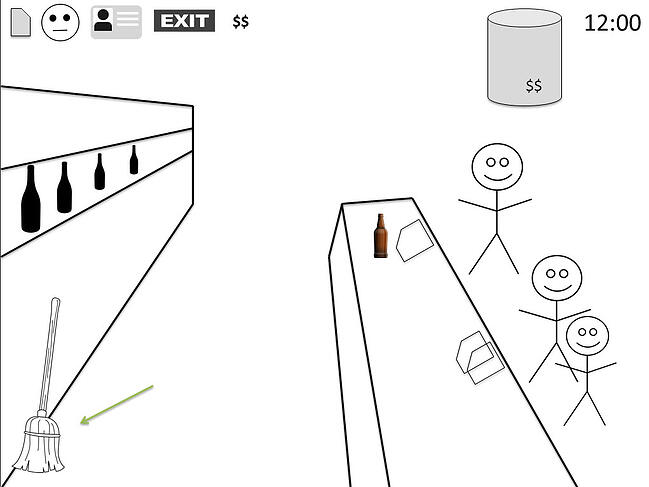 Yes, when you prototype, leaving room for failure is a must. The purpose of a prototype is to demonstrate a possible treatment—not demonstrating the perfect first step in the design process. This means it is reasonable to expect that your prototype misses the mark on some level. Trust me, I would win in any battle of crazy delusions of perfection. Heck, I even eat my Lucky Charms in order! But if I can do it, you can do it. Below are my four tips for how I make it work for me and I hope these tips will help you.

The very best prototypes are those without any color or text. They are ready in, ideally, less than an hour. There is no belaboring over the right image, and there is no rewriting the content a few times before showing anyone. Prototypes are immediate and without any level of perfecting.
When a prototype is pretty and filled with words, you’ll hear statements like this, “That’s not our brand color. Our marketing folks can get you the hexadecimal codes.” Or, “Our sales team wears collared shirts.” Or, “When you refer to customers, you should always use title case.” Sure, all of these things are great to know, and are certainly necessary, but not yet.
Instead of getting surface level reactions, it should dig deeper. A perfectly imperfect prototype should garner a reaction of the audience on the validity of the design of an instructional interaction.

Yep, we should have gotten something wrong. One of the reasons Dr. Michael Allen created the Successive Approximation Model (SAM) is because the benefit of prototyping helps us identify what’s wrong with our design. He asks that we challenge the design with the question: “Why shouldn’t we do this?” So instead of reactions on the surface elements, we know a prototype is good when we get responses like:

•  “We wouldn’t really face a situation like that, it’s more like….”
•  “How does the learner ask for the sale?”
•  “This overcomplicates the situation, all we need them to do is….”

Now, you can begin to debate how to make it different, to iterate the original design, or scrap it all together and create a new one.

3. Third, the perfectly imperfect prototype is smoke and mirrors.

The “functionality” is all fake. There is no complex logic in the background. You can guide the prototype functionality with arrows or test cases. Your prototype should demonstrate success and failure, which sometimes means you have two prototypes for the same interaction (successful/unsuccessful). But, it’s all fake. Avoid the temptation to randomize the interaction, and only make a select few objects clickable instead of opening up everything on screen. Also, provide one or two paths instead of extensive branching. Offer your prototype evaluation team the ability to react to the design concept and not all of the potentials.
The fact that your prototype is smoke and mirrors means that this object is not the first draft of your course. The beauty of a prototype is that it is simply an expression of an idea, a starting point for conversation, not development. You should be able to throw the prototype out if it is not effective, completely without reservation or angst.

4. Finally, the perfectly imperfect prototype is surrounded and protected by a bubble of communication.

It is chancy to simply send a prototype and ask for a reaction. The prototype should garner reaction from the group who helped you come up with the design, and few others. Outside the context of the design session, an evaluation of a prototype is often quite challenging. It can be done, but should be carefully handled. Communication is key to expressing the design. Sending stick figures and blah, blah, blahs to an executive stakeholder who was not part of the design meeting can be a recipe for disaster.

So, how did the participants of the ATD Advanced e-Learning Instructional Design Certificate do on their prototypes? Well, some struggled, not wanting to abandon their overachiever title. They grabbed Google images, wrote introductory text, created scenarios, etc. But the one I showcased, the one that got the best reaction to the design, was the one with not a single color or word. When the class was able to ask questions to the designer of the prototype on the learner’s progress through the interaction light bulbs started to ignite. Like everything else, they learned from their own mistakes and it was a beautiful thing!

Click to Tweet: In order to create the perfect e-learning #prototype, we need to let go of the A+, perfectionistic mindset! http://hubs.ly/y0jWHj0