Anyone who reads my blog posts knows I’m a fan of applying gaming principles – as they fit – to e-learning. It’s one thing to discuss that relationship in theory and quite another to find application from specific games. For science and posterity, I decided to conduct a user testing experiment.

This past weekend, I had the pleasure of hosting my dear friend and colleague, Edmond, at my home to watch him play Journey by That Game Company. Edmond was an ideal noob (new gamer) for me to observe because we’ve been friends for many years and I can accidentally shout, “FIND COVER FROM THE BLIZZARD, YOU IDIOT” In return, he will only grunt and then demand another beer.

I love watching noobs. I learn so much about interface design, where learners struggle, and what they need to succeed. As an experienced gamer of many years, I simply forget how the noob thinks.

And yes, it’s also frustrating to watch the noob blithely stumble around in circles, consistently walking into walls and then standing there inert while predators gather. Much like pioneer naturalist Dian Fossey, I observed my own gorilla as he battled his lack of experience blundering through one of the more profound gaming experiences available on console.  Sure, I wanted to scream.  Instead, I channeled my smoldering frustration at Edmond’s ridiculous blunders into insights about e-learning.

Edmond picked up the console and held it with some reservation. With his boots on my coffee table, he said, “This isn’t like the last game, right? It took me 45 minutes to craft my avatar.”

Edmond’s and my last game-playing experience was well over a year ago. He stumbled around a military bunker (mostly walking into walls) for an hour before giving up. There simply was not enough reward for him to keep playing. Even the promise of zombie hordes waiting to be demolished could not pacify a zombie-lover like him. He was frustrated with how long it took to pick out character details and frustrated by doing anything that he considered ‘meaningful.’

He brought that old baggage with him to Journey.

Do not assume that learners come to your e-learning ready and eager to play. Do not assume that they’re ‘thrilled’ that the previous two-day class has been replaced by three hours of e-learning. Just because you’re excited, do not assume learners feel ‘rewarded.’ They will each decide for themselves whether it’s reward or torture.

Over the years, I have witnessed clients co-design amazing interactions and then saddle the experience with a clumsy, over-drawn out introduction that explains (in 22 short pages) how to get started. Baggage.

Journey begins with selecting a new game or continuing an existing one. And then, suddenly, you’re in the desert.

Gorilla observation #2: Expressing frustration is not the same as giving up

Edmond was mystified at how there were no instructions onscreen.  No rule books or heavy-handed explanations. Edmond held the console, inert, confused. He turned to me for instructions but I refused to help.

He eventually noticed a relationship between where the console pointed at the screen and his ability to physically see the landscape. He turned the console to the right and gradually swept over the panoramic, high-definition desert, dunes, and monoliths under a blistering sun. He giggled with delight once he established his relationship with the controls. Three minutes later, he began his cautious experimentation.

“What are those things?” he would ask every few seconds. “What do they do? Do I use those monoliths to get power gems or something?” I would not answer and he would growl at me. But this forced him to master the controls with greater precision so he could advance his avatar closer to the destination and ‘investigate.’

When he paid attention to details and talked out his assumptions, he learned things. But as our e-learning audience knows, it’s easier to ask questions before trying to learn for oneself. It’s easier to complain and quit than stay involved.

Edmond growled at me a few times, but he did not give up. And when he discovered a truth about the world created within Journey and he expressed his satisfaction at discovering an answer.

Part of the challenge of withholding judgment while a noob plays your favorite game (besides the sore tongue from constantly biting it) is that the noob can go anywhere, do anything, and waste a whole lot of time in the process.

I watched Edmond explore minor buildings in abandoned ruins while ignoring the main structure that held secret to advance. He didn’t know that. He hadn’t manipulated his camera controls enough to view the main ruin. Every experienced gamer knows to look for the biggest attraction on the horizon – that’s where the power is. So instead of exploring Mount Rushmore, he happily jogged his avatar around the equivalent of a rest stop.

He discovered a fountain of golden light, and before I could break my vow of silence to say, “No, wait,” he raced his character to the edge and cannonballed through the portal, ending up in a completely foreign landscape. He shocked me. I had no recognition of the world where he emerged, and I had played this game multiple times. Why did he jump through that minor portal? Where were we now? What about all the necessary skill-building that he bypassed by doing something ridiculous?

When I asked him why he did that, he shrugged and offered this brilliant explanation:  “I dunno.”

We often profess to want to give learners control of their environment and then don’t like it when they don’t go where we think they should go, or learn in the sequence we want. Edmond’s lack of explanation was frustrating. If he had only justified his answer, I could tell myself, “Well, at least he’s learning.” But noobs don’t always have brilliant explanations into their decision-making. If Edmond played more video games he would have known about the importance of scanning the landscape for buildings of greater significance.

Still, he unlocked a scene in Journey I had never discovered. I watched in amazement as he plodded through a wintery landscape, blizzard winds, and gorgeous snowfall. He walked himself into a stone cliff and while continuing to try to walk through solid rock, said, “Cool.”

Gorilla observation #4: Given the right motivation, learners will learn

Edmond was playing the game wrong. He had skipped necessary lessons that would help him in future levels. While he ran his avatar through the snow, with the same pleasure he experienced in the desert, I worried that the rest of his experience would be diminished by all that he had missed.

And something odd happened.

He figured it out.

As he gained more dexterity over the controls, he mastered the art of scanning the 360 degree environment. He stopped slamming himself into rocks and learned the skillful ascension of icy marble steps on a castle cliff in the howling wind. At one point as his avatar struggled through the tundra, he said with surprise, “Hey, my guy is crusted over with ice. Is he getting cold? Shouldn’t there be a way for him to warm up?”

It didn’t take long before he figured out his environment, even though he had approached it all wrong. I knew (and he didn’t) that it would have been easier if he hadn’t jumped through the first portal. But nevertheless, he learned. Why did he learn? Because he was so hooked by the context and challenge.

I’ve seen content experts gnash their teeth just like me when some new person applies the wrong problem-solving technique to a problem. Or, they apply the right technique the wrong way, some distinction that means they won’t immediately see success. We want to fix it. Tell them they’re solving problems the wrong way. If they would only listen!

Edmond truly is a gorilla who grunted and batted my hand away when I offered to help his avatar out of a rocky wedge. Nope. He wanted to solve it himself. He was hooked.

During Edmond’s painstaking journey through the frozen tundra, he jogged alongside a guide most of that time. They communicated through light and sound, no actual words. Eventually, Edmond figured out the necessary steps to further the quest. Edmond raced across the miraculous drawbridge only to plunge off the side (gotta work on that motor dexterity, Edmond) and his traveling companion deftly waltzed across the drawbridge easily.

He was shocked to discover – absolutely shocked – that the other ‘guide’ was not a computer-generated avatar designed to help him, but a real person somewhere out there in the world playing Journey at the same time. The news that he had been collaborating with a real person thrilled him: I’m not alone out here. There are others.

Your corporate training on ethics and security may not boast multi-player functionality. But, you don’t need that to connect employees to one another, to allow them the thrill of unlocking something hidden and accidentally stumbling across a real person, perhaps another employee who planted a flag in the very same spot. What if instead of carefully staged VP testimonials, a user actually discovered real people, speaking in real language, telling insights and anecdotes that are only accrued as secret rewards?

The thrill in “I’m not alone out here” is not to be underestimated.

Gorilla observation #6: The affect is everything

I am tempted to explain Edmond’s end game and how he achieved the beauty of his journey. I want to, but discussing it ruins the possibility of you exploring this yourself and I hope that interested readers will invest the time to explore Journey (and then email me about it).

I will say that after two hours of non-stop gaming, Edmond turned to me at the conclusion and said, “When can we play this again?”

You could argue that the skills Edmond developed are not exactly the same as Corporate America’s agenda:  greater sales, better customer service, and decreased inefficiencies. True. But he spent two hours fixated on acquiring skills he did not know he desperately wanted. And after two hours of uninterrupted game play his first objective was to schedule more time.

My time with this gorilla reminded me of the power of user testing. Edmond ruined several opportunities of focused skill-building and he didn’t care. His lack of gamer-aptitude did nothing to damper the joy and elation he felt floating his avatar through one heavenly environment.

If someone had asked me what the user experience of playing Journey was like, I could have told them. You will feel this and you will find joy here. I would have been partially right. But I also would have been wrong. Only actual end users can genuinely define their own experiences. And they have much to tell us if we give them a banana and take out our notebook to watch what happens next. 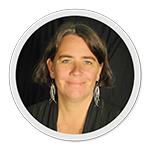