As regular readers of this blog know, I try to be a tireless advocate for designing
e-learning interactions with the Context-Challenge-Activity-Feedback (CCAF) Model in mind.  The prime examples we demonstrate often convince designers of the value of these engaging designs, yet I find that they often are unsure how to start.  It seems that seeing the Allen Interactions finished e-learning examples can make starting one’s own design from a blank page seem an overwhelming task.

I’ve been trying to figure out how to demystify CCAF design.  These designs don’t spring full grown from the designer’s imagination like Athena is said to have sprung fully-armored from Zeus’s forehead.  No, every design evolves through a series of much smaller decisions, careful testing of those ideas, and then layering these design choices to result in the final application. 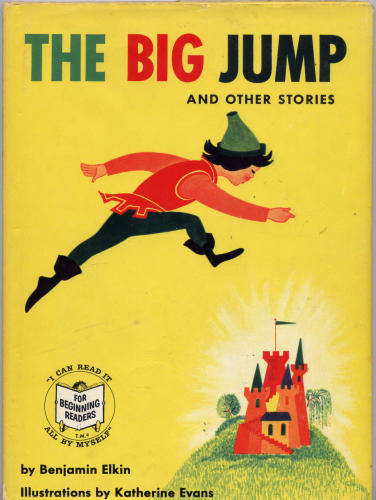 To help reinforce this idea, I want to retell the story of a favorite book (sadly, now out of print) from my childhood.  It’s The Big Jump by Benjamin Elkin.

Ben is little boy who lives in an imaginary kingdom far away.  One day he is out playing with his friends when he encounters the king taking his dogs for a walk.  Ben befriends a little beagle and wants to keep him, but learns that in this kingdom only kings are allowed to have dogs. Here, kings have many special powers, including the ability to do The Big Jump—the ability to leap directly to the top of the castle parapets, a seemingly impossible feat for anyone else.  After much whining from Ben, the King agrees that if Ben can learn to do the Big Jump, he won’t make Ben a King, but he will let him keep the dog.

So Ben starts trying to take huge leaps.  He runs really fast before jumping. He tries to pole vault his way to a higher spot.  He stacks boxes sky high to practice with.  All ends in failure.  Just when he is about to give up, he notices that the little beagle is sitting at the very top of an enormous tower of boxes looking down at him where he fell.  Ben has no idea how he got there.  But by watching the dog, he sees that the boxes are stacked with edges sticking out forming steps of a sort, and the dog succeeded by taking a whole series of little jumps, one box at a time, to get to the top.

So Ben goes to the castle, jumps to the top by jumping one step at a time, and the King has no alternative but to let Ben keep the dog (whom he promptly names “Jump”). 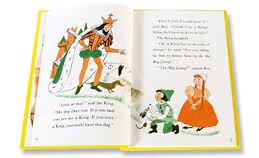 I hope the meaning of this story is obvious.  There’s shouldn’t be anything mystifying or elusive about approaching a training challenge with a CCAF solution, even though the end product seems impossible to achieve.  We have a relatively limited range of user actions to build on (pointing to or clicking on an image, moving an object, and entering information from the keyboard pretty much sums it up).  There are also relatively few options for structuring challenges—you must create an opportunity for the learner to perform, and then define the options that you’ll provide for the learner to try to satisfy the challenge.  While there can be huge variability in how these questions appear, at root, all interactions are more similar than different.

I recently spoke at the Training 2013 Conference in Orlando specifically on this topic.  For that presentation I took this idea and developed seven very small steps you can begin to take when starting out on designing a challenge, and I’d like to share with you the e-book that presents these basic ideas.  These are just one set of steps you can take to nudge your designs in the right direction—not to take the Big Jump all at once—but to begin your journey by taking smaller steps that will start you on the path to designing CCAF interactions on your own. 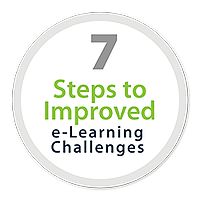 This e-book provides seven small steps to improved interactions while recognizing that capabilities with authoring software might be quite limited.  If you begin applying these steps while you are designing questions, you will quickly open up a world of much more powerful design possibilities. 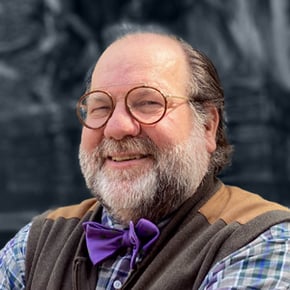 Ethan Edwards draws from more than 30 years of industry experience as an elearning instructional designer and developer. He is responsible for the delivery of the internal and external training and communications that reflect Allen Interactions’ unique perspective on creating Meaningful, Memorable, and Motivational learning solutions backed by the best instructional design and latest technologies.

The e-Learning Puzzle: Don't Feel DOWN; Get Your Message ACROSS

by Ethan Edwards, chief instructional strategist | @ethanaedwards I wonder if you are like me and sometimes wish you had a ...
Start Reading
Ethan Edwards Thu, Nov 10, 2016 11 min read

By Ethan Edwards, Chief Instructional Strategist/ @ethanaedwards We often talk about the importance of motivation in e-learning ...
Start Reading