Excuse Me, Your Biases are Showing

For years, we’ve talked about different learning styles: visual, auditory, kinesthetic. But, I’d like to suggest that ending the discussion there results in thinking that is both overly-simplistic and incomplete. Consider the people you know, and see if the way I portray differences is accurate in your experience.

Pretend you’re putting together a bike you’ve just purchased for your daughter’s fifth birthday: do you read the directions or do you just start putting it together?

Or, how about when you get a new cell phone. Do you read the entire owner’s manual first, do you have it available in case you need it, or do you toss it aside and just wing it? Human beings differ in a multitude of ways, including differences in how we access and assimilate information. 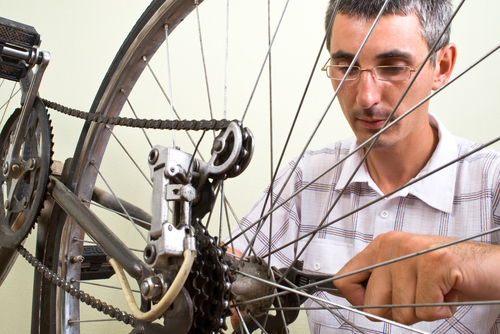 Since there is such a variety of approaches to things like bikes and cell phones, I’m left to wonder why we want to force all our learners through the same pathway in e-learning courses. I doubt it is our intention to annoy as many people as possible with pedantic and condescending instructions, but I fully believe that is the result.

The Allen Interactions’ approach to learning advocates a “test-tell” approach rather than the standard “tell-test” structure. So, rather than telling learners everything and then testing them to be sure they’ve mastered 80% of it, we try to create real-to-life challenges and activities that engage learners in the content, and then teach new knowledge and skills when giving feedback.

It is a wonderful model that most people embrace until confronted with the notion of structuring their own e-learning that way. Then it seems to go right out the window.

These assumptions are yet another example of a bias we believe our learners have, but like learning styles, it is not necessarily the whole truth. There are people who read the last page of a murder mystery first, while others enjoy being kept in suspense and reasoning out what happened by paying attention to clues. If you question the validity of this assumption, think about what you like to do for fun. For most of us, fun times include a game or sport of some kind. But, there isn’t a sport or game I can think of that doesn’t involve frustration when trying to learn it. If you’ve ever played golf, you know exactly what I mean.

But doesn’t it feel wonderful to be successful, to get out of the sand trap and on the green on the first try? Why would we want to deprive learners the fun and satisfaction of mastering challenges in e-learning courses? By “telling then testing,” we take the fun out of learning.

So, what is an instructional designer to do? Throw out all theories of learning style and tried-and-true techniques?

I certainly don’t have all the answers, but I do have some suggestions:

Posted on Thu, Oct 04, 2012
Next Post:
Lights, Camera, ACTION!...Creating a Compelling e-Learning Experience
Previous Post:
ADDIE: By Any Other Name Would Smell As Sweet…