Long time readers of this blog know my love of musical theater.  For those of you who have no use for that, I apologize in advance, as this article is going to include some theater talk, but hopefully only so far as needed to raise some important perspectives on the appropriate design efforts to create e-learning.

My work takes me to New York City with regularity, which gives me the opportunity to see a lot of new Broadway musicals.  In fact, I think I saw every new musical that opened this season.  This would be an unalloyed pleasure, except that most new musicals are surprisingly bad, even after the millions of dollars invested in them by very talented people.  Those experiences, along with the recent season conclusion of the TV show Smash (which is all about the travails of getting a new show together), and the upcoming Tony Awards, have created a sort of “triple threat” incentive for this article that tries to analyze design and production failures and successes.  There are some exceptionally costly mistakes and some unexpected triumphs that can help guide some of our choices in e-learning projects.

Ghost, the Musical is a technical wonder employing impressive stagecraft version of the blockbuster smash movie of the same name.  Much of the creative team from the movie worked on it, yet what sparkled and created emotional connection on screen (remember the famous pottery scene?) was boring and completely forgettable on stage.  The problem was that they didn’t understand the core of the medium.  In musical theater, there has to be a reason for a character to sing—why neither speaking nor silence would suffice. The songs need to be driven by plot and character—not by formula.  As it was, the songs seemed contrived and actually decreased the connection with the audience, in spite of the spectacular visual effects.

Lesson 1:  We need to understand what is at the core of a particular medium.  The thing that is uniquely valuable about e-learning is its individualized interactivity.  But interactions need to have meaning to the user, accomplish goals, and be driven by the “narrative” of the lesson.  Arbitrary insertion of questioning (I’ve even been told rules like “put a question every three frames”) creates impediments to engagement.  Purpose matters.  There needs to be a reason that each interaction exists.

Lysistrata Jones is not a well-known show as it only ran on Broadway for a few weeks.  It was really a fine vehicle that did many things right:  it took a great 2500-year-old story (an Aristophane’s play), revised it into a contemporary context (college basketball team), and gathered outstanding talent to create a great production—one that flopped spectacularly.  The problem was it was a new concept that no one bothered to market.  The audience was confused and didn’t show up.

Lesson 2:  Training programs need to be marketed appropriately.  We mistakenly think people will show up for training.  Especially when we are trying something a little different, we need to engage in activities to prepare learners, set expectations, and create excitement.  It’s been sad to see projects built on exciting new ideas, with great potential for success, fail entirely because learners come to the learning with prior learner expectations of boring, page-turners unaddressed and the new pieces aren’t even given a chance.  The unfortunate lesson that designers often take from this is that the idea was bad; in many cases the real issue was failure to prepare the learner and build interest. 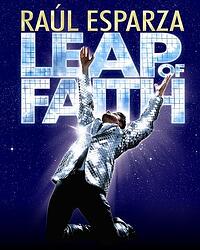 Leap of Faith was another quick exit from Broadway.  The show was about a con man running tent revivals, trying to dupe locals into donating large sums to the ministry.  The score was filled with glorious, uplifting Gospel choir tunes by master composer Alan Mencken while the story was dark and, for lack of better word, icky.   The medium and the message didn’t match.

Lesson 3.  Context matters.  The moment a user starts an e-learning piece, certain expectations are established by the graphical treatment, the “voice” of the presentation, how the learner is addressed, and the style of interactivity.  All these need to fit together to create a coherent package.  A recent “solution” in e-learning is to apply avatar characters to an online lesson.  The technology is impressive and there are many instances where the avatar functionality is perfect, yet the overall piece seems forced.  Often it’s because the avatar presentation simply doesn’t feel natural in the overall linear context of the lesson.

Bonnie and Clyde had leading performances as strong as you’d see anywhere else in New York yet the show didn’t work.  The root cause, I think, was that musical theater is too positive and hopeful of a medium to effectively engage an audience by focusing on the bad…in this case, murder, robbery, and self-absorption.  I think it could have worked gloriously if ultimately the writers had found some redeeming aspect to the subject of the piece that the audience could hold on to.

Lesson 4.  Accentuate the positive impact on the user.  Too often, training content is almost a punishment; at least in the way it is presented.  Nearly every compliance piece I see starts out with a statement to the effect of “We are required by law to have you do this” and then presents the content in the most dire and punishing formats imaginable.  No wonder learners resent it.  Even in the most tedious of content, there are sparks of relevance and interest to the learner.  We have to promote those if we expect the learners to care.

Nice Work if You Can Get It is a musical newly-minted out of old Gershwin tunes and plot points and gags picked from the screwball comedies of the 30s.  What could feel like a tired retread of overused material is fresh and hilarious.  Even when you’re aware that a plot point has been done a million times (a temperance crusader who inadvertently gets drunk…and likes it!), it doesn’t matter because the details have been tweaked so that the overall piece feels as fresh as can be.

Lesson 5.  Reusable content and reusable models can be great when adapted with care.  But you can’t just take pieces that worked elsewhere and slam them together without figuring out devices to make them flow together.  You still need to deal with issues of context and doing the design work to make the disparate pieces fit together.  It saves you the task of “creation” but it doesn’t remove the challenge of being creative.

Newsies is a remake of a Disney flop film.   The stage version is possessed of enormous flaws—ludicrous script, anachronistic characters, unfair stereotypes, historical inaccuracy—and yet is wildly successful because of the confidence and quality of production and the unswerving dedication to its principal message.

Lesson 6.  If you are going to impress with media, you have to be committed to it.  Very rarely do we use video in our lessons.  This isn’t because video is necessarily bad (although it can unnecessarily restrict interactivity at times) but because for video to work, it needs to be of exceptional quality…requiring big budgets.  Bad video is worse than nearly any other comparable medium that is produced below standard—perhaps because our expectations for video are comparably higher.  People see the great instructional impact of documentaries, like the Ken Burns PBS films, and think that this is a compelling model.  It definitely is, but only if you are prepared to invest thousands of hours in script writing, casting, direction, shooting, and editing.  Without that effort, the effect can be worse than you’d achieve with much more primitive media.

Once is the final successful show of the season and is the show, I suspect, that will be the big winner at this year’s awards ceremony. What makes it so good is no surprise:  a story with universal appeal, expert execution, creative, competent, but not-overwhelming use of the tools of the stage (lighting, choreography, set), and music that both honors and stretches the expectations of the audience.  It is a show that feels at home on Broadway, but is also unlike any other show seen before.

Lesson 7.  Every lesson needs to be approached with an open mind.  Past solutions are not the place to start.  Analyze the problem and content, design several approaches, and prototype them with a creative, experimental mind.  You’ll identify something new, be able to assess risks, and see connections to prior work in a more powerful way if you at least begin a project with the assumption that the solution is not already known.

So I hope these comparisons might spur some new insights for you into your e-learning design process.  It’s easy to become blind to issues in our own routines that are easy to identify in other related processes.