Where In The World Did Storytelling Go? 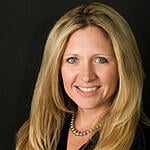 Like many children of the 80s, my first experience with a computer was on an Apple IIe. In elementary and middle school, for one hour each week, I excitedly sat paired with a fellow student in a cold classroom taking turns playing games on an Apple computer. While I realize this is one of thousands of blogs written on the impact Mr. Jobs, I would feel remiss if I did not offer my gratitude for the contributions he made. Contributions which allow me to do the work I love today.

By using those Apple IIes, I had the opportunity to become an early American settler, a detective on the hunt for a missing woman and an entrepreneur. Through playing The Oregon Trail, I learned about early American history and even a little about science – dysentery is deadly!  In the Where in the World is Carmen Sandiego? series, I explored places around the globe and dreamed of one day traveling to the exciting locations where Carmen was found. And, finally, by playing Lemonade Stand, I learned that the decisions that I made had a direct effect on the success or failure of my own little business.

Looking at the games now, from the perspective of a person who designs computer based learning experiences, I am taken aback at how brilliant these early entrants into the field were. Though their graphics were obviously primitive, the fact that the developers of these games realized that simulated, immersive environments were the best method of teaching was genius.

The power of those early games was the storyline upon which the course was based. Humans have learned from storytelling since the beginning of time. Yet, somehow corporate learning projects have migrated away from teaching using scenarios and stories, moving instead to a more “mature” series of bulleted lists, charts, figures, policies and software demonstrations. 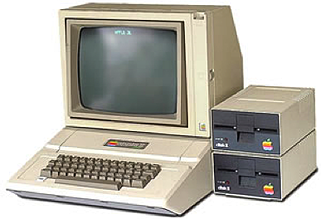 It’s hard to imagine that nearly 30 years later, we are still discussing simulated learning environments as if they are cutting edge. Perhaps it is because we think that in order to create a simulated environment, the graphics must be amazing, like something out of a Pixar movie. We convince ourselves that we could never create such learning because we don’t have the resources to do so.

But, by simply immersing your learners in a story, you can create that environment – the old fashioned way, through words and simple pictures. Allow your learners to become invested in the success or failure of the characters. Ask them to choose a direction, to make a decision, to explore an option and then write an ending based on those choices. Learners will become involved, engaged and motivated. And – sure enough, they will learn something along the way.

As technology continues to advance, it will continue to open new doors to reach people; to provide learning opportunities when and where it is most needed. However, we need to remember the brilliance of those early games and keep it in the forefront of our mind that while technology changes, we will forever be humans. And humans love a good storyline: we love characters and plots; we love heroes and villains.

Thank you for letting us be a part of your story. Godspeed Mr. Jobs. The headline and subheader tells us what you're offering, and the form header closes the deal. Over here you can explain why your offer is so great it's worth filling out a form for.