Looking Back: Refelecting on the History of e-Learning

This week we celebrated Memorial Day here in the United States. Mainly it is intended as a time to honor the men and women of the armed forces who gave their lives in the protection of freedom.  And in the early part of this century, at least here in Southern Illinois, it also fostered a tradition of honoring our ancestors in general by decorating cemeteries with floral bouquets gathered from home gardens.

Unfortunately, this appears to be a tradition falling by the wayside, as the ease and longevity of plastic flowers take precedence over living flowers.  But I think it's really important to be aware of the traditions of our lives and our livelihoods, and so spent Monday morning gathering flowers for the graves of my grandparents and my brother and contemplated how their lives have had a guiding influence on my own.

Back at work, that contemplative mood 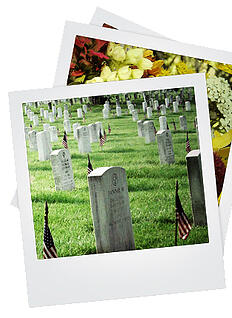 has made me think similarly about the roots of early efforts at e-learning and what it should mean to us now. With the emphasis always on new tools and expanded technologies, I find many are surprised to realize that this is a field with traditions and research stretching back almost 50 years.

I had the privilege of starting my work in e-learning at the Computer-based Education Research Laboratory at the University of Illinois at Urbana-Champaign where the PLATO system originated.  PLATO was one of the initial and arguably the most successful of several pioneering research projects in the sixties to explore the use of computers in teaching.  And I was reminded of several key insights that that were at the core of the PLATO system that are still overlooked.

A few of these insights:

Certainly we've come a long way since the early days of CBT, but it would serve us well to look back and be aware of the vast efforts that have fueled this field of online learning over the years. Many insights are really valuable and worth preserving in our continuing efforts. Perhaps, then, we could make bigger strides forward instead of seeming to go through cycles of rediscovering the same things over and over.

Posted on Thu, Jun 03, 2010
Next Post:
I've Got a Hunch e-Learning Could be Better
Previous Post:
Architecting e-Learning