The e-Learning Puzzle: Don't Feel DOWN; Get Your Message ACROSS 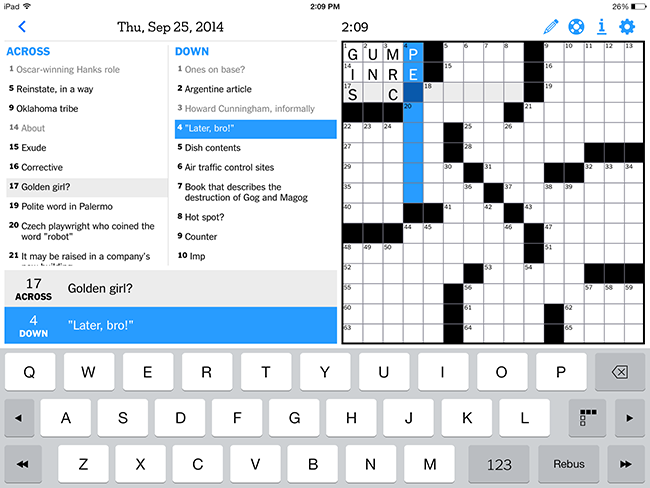 I wonder if you are like me and sometimes wish you had a chance to put your knowledge and training to a test. I’ve spent almost 30 years designing e-learning experiences and have rarely actually needed to take e-learning as a student. I’m convinced by observation and research that the ideas we preach are correct, but I realized recently how gratifying it is to have one’s convictions validated.

I’ve been a person who has attempted to do crossword puzzles most of my life, but truthfully have never been very good at it. Sure, I could complete the easier ones, but I rarely had success in attempting the progressively more difficult puzzles that appear in the New York Times toward the end of each week. You make a few mistakes and the grid gets hopelessly undecipherable; you need just a single letter to open the way for progress but you must wait until the next day (and buy another newspaper) to get assistance and the key is maddeningly of the “all or nothing” variety; and you (or at least I) never actually go back to reveal those clues or words that were particularly puzzling to learn from them.

Well I can tell you that now I suddenly feel like a very competent and skilled crossword puzzle completer. And e-learning (or at least a structured online practice environment) is responsible. To help pass the time during a recent brief hospital stay, I downloaded the New York Times crossword puzzle app. Even though it is not intended as an instructional module, its features happen to mirror many of the characteristics I hold as central to good e-learning design.

The first observation was that doing the puzzle online completely removed the tediousness of paper-based puzzles. I didn’t need a pen or a sharp pencil, an eraser that didn’t smear, nor did I have to engage in the subsequent hand washing to remove ink. Also, the app’s features allowed for easy corrections, changes of letters without inconvenient scratching out of previous entries, etc.

The interesting thing about doing crossword puzzles on an iPad is that the answers are EVERYWHERE. The app itself provides answers at thumb’s reach and so at first it was tempting to just ask the app to fill in any clue that wasn’t immediately obvious to me.  I did that and got the puzzles finished very quickly. As silly as it was, it was an important step in my learning to be able to reliably complete a puzzle, even with lots of help.

When I started getting bored with that, I imposed on myself a ban on asking for the answer directly. But then I discovered the efficacy of Googling the clues. It turns out there are innumerable online sites that catalog verbatim clues and answers to crossword entries. This actually wasn’t that far off from using the app to get the answer directly, but I had to exert effort in typing clues precisely and was truly reading the clues in ways that encouraged me to think more carefully about the answer. And more importantly, my motivation to continue was refreshed.

At least for awhile—soon, I was finding it tedious to waste so much time on what was little more than a stenographic task. In my Googling of clues, I began to note the actual content sites that would be listed about the search terms. So I began to be less accurate about typing exact clues and instead extracted the key terms of the clue and searched actual primary source sites, reading articles to figure out answers.

I was completing puzzles like a pro (with help) and then realized that I was actually searching (or “cheating”) far less frequently. In this gradation of practice, I had, without necessarily trying, learned the particular vocabulary of crossword puzzle writers, the underlying puns and plays-on-words that had previously seemed so impenetrable, and several strategies for working around problem areas. This past week I did the entire Saturday puzzle without looking anything up! But I’m not claiming I have suddenly become much smarter. I know I have picked up some knowledge along the way that was revealed in previous puzzles—although most of that is largely forgotten quickly. But I am very much aware of being better at solving puzzles.

The task could operate with very little difficulty (ask for answers) to extreme challenge (figure out on your own). This was achieved by levels of help; the tasks never got more difficult.

It’s completely up to the user to manage one’s choices and methods. I worked at the simple level until I decided for myself that I really was ready to move to the next level. Furthermore, I could work the puzzle in any sequence, from any direction that appealed to me.

Crossword puzzles are ostensibly about content. Indeed, I went to a lot of various content sites to complete puzzles. But I was actively involved in a concrete behavior of extracting content and physically entering it into the puzzle. This concrete behavior provides concrete structure, a purpose, and a memorable routine.

My entries were never “judged” as correct or incorrect until the puzzle was completed or until I specifically requested judgment. Note, though, that I was using and interpreting immediate feedback all the time…when my answer turned out to be too long for a set of squares, or when a letter at a word intersection clashed with another. That feedback forced me to realize that something was wrong and that I needed to rethink my solution.

The format and the task lured me into practicing and rehearsing this skill many, many times. Not only that, it was practiced in small pieces (one puzzle or a portion of a puzzle a day) and spread out over many days, weeks, and even months.

The app is particularly well designed in that virtually zero time is spent on the mechanics of navigation or operation. This allowed me to focus on the behaviors of interest even more than I could have if doing puzzles in the old way.

On top of all of this and quite remarkable to me is the absolute satisfaction, pleasure, and confidence I now feel in recognizing how much I have learned. If I can feel this way about something as insignificant as solving crossword puzzles, think of the potential change we can create in our organizations and our colleagues if we can create similar assurance of success in our professional e-learning efforts.

Click to Tweet: Learn how to solve the e-learning puzzle and create effective #training solutions that will affect change! http://hubs.ly/y09vln0

Click to Tweet: By implementing a few characteristics of crossword puzzles, we can help create business change with #elearning. http://hubs.ly/y09vln0 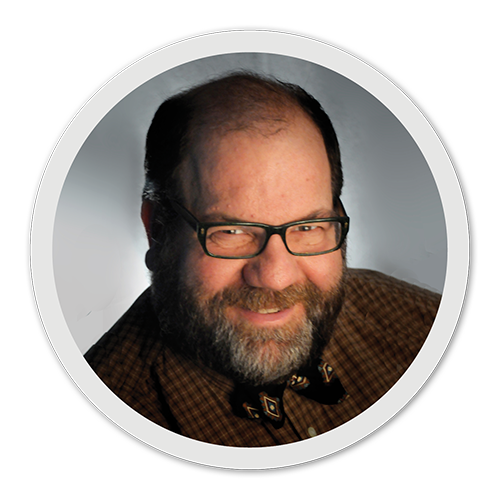