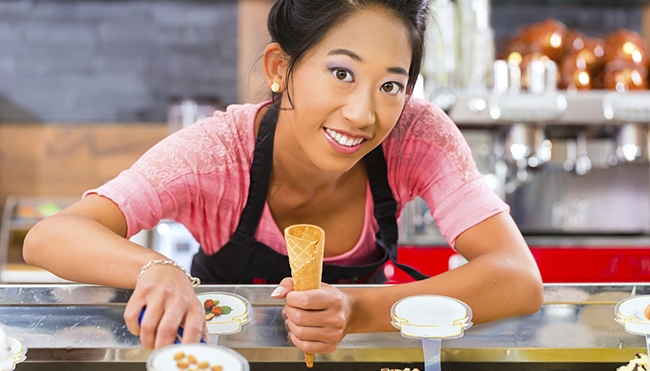 We’ve all made mistakes at work – some more grievous than others. For every mortified person who has accidentally closed a business call with “I love you” instead of “goodbye,” there is someone else whose slip up could have caused injury, lost someone their job or cost their company millions of dollars. We may think of these situations as an exception to the norm and/or the result of a “bad” employee, but in fact these close calls happen more often, easily, and unintentionally than you would expect, and can commonly be traced back to lack of training or misunderstanding of policy due to ineffective training. I’ve interviewed a few individuals as they reflect on their most difficult on-the-job situations.

My first real job was at a chain of ice cream shops. My supervisor would often schedule me to close up the store alone—despite the fact that I was an inexperienced and untrained 14 year old to whom no responsible adult should have given the keys to a safe or free reign over what was, essentially, a room full of unsupervised candy. I enjoyed my freedom and the unlimited free ice cream that came with it until one day a very angry gentleman stopped in my store. He had been in the previous day, and an employee had assured him that he could make a dish safe for peanut allergies by simply not adding peanuts, not understanding that since all of our dishes and tools had come in contact with nuts at some point, none of them would be safe. The man ended up having a severe allergic reaction while driving home, causing an accident. He was, luckily, not seriously injured. I was terrified and had no idea what to do. I apologized profusely, refunded him, gave him gift cards, and attempted to call my boss who I could not reach. The man was appeased and left. However, the situation could have turned into a much bigger problem for my organization had the man been injured or decided to pursue a lawsuit.

Lesson Learned: Although formal training, reference materials, and a wide array of policies, guidelines, and emergency procedures did exist at my organization, they were disseminated via a 20-page printed pdf with only a signature from each employee to indicate that they had been received (and, by assumption, read and understood). Nothing about that piece of paper or the nonchalant way in which it was given to me screamed “Read me, I’m important and interesting!” If your content can save lives, jobs, and money, then it deserves a bigger stage than a pdf. A recorded webinar, interactive orientation course, and/or on the job coaching by an experienced employee would have more effectively communicated both the content and the importance of the content in a consistent way that could have prevented the situation.

David worked for a summer as a ride operator for extra cost rides at a theme park. His immediate supervisor informed him during training that in cases of inclement weather when a ride needed to end early, he should give back the riders’ tickets, so that they could get their money’s worth when the weather cleared up. Unfortunately, what seemed like good customer service to David’s supervisor was considered theft by management. David and his supervisor were fired and ordered to pay for all of the tickets they had returned to riders.

Lesson Learned: Inconsistencies between official corporate policy and the informal policies of supervisors and coworkers can be a huge source of confusion for new employees. Direct managers who work with employees every day set the standard of behavior far more than a corporate handbook can—if they are not performing correctly, their team won’t either. Consistency in training methods, content, and evaluation is imperative to prevent these kinds of miscommunications.

Liz’s director was out of the office, leaving her in charge of the library where she works. Her library was called by an automated phone system alerting them there was a “code red” emergency and that the town would be evacuated. However, the phone message was jumbled and Liz could not understand the directions other than that they needed to close the library and send unaccompanied children to a particular location. Then the phone went dead. Worried, but not wanting to blindly evacuate children from the library without knowing the full story, Liz did some research and learned that a train full of oil had derailed in a nearby town. She called her director who was able to contact the emergency service and figure out how to handle the situation safely. She praised Liz for staying calm and came by to help contact the children’s parents and make sure everyone was evacuated safely. Obviously, Liz had not been trained on this type of situation, but had she acted out of fear she might have evacuated children into unsafe circumstances or caused a panic.

Lesson Learned: You can’t develop learning for every single contingency that might pop up out of left field—sometimes oil tankers just crash outside your office and you’re at a loss. However, you can train your learners to know who to contact and where to find help should the unexpected arise.

Do you remember a time you ever felt totally lost at a job? A time when you were confronted with a situation that you were completely unprepared and untrained to handle? How could your organization have better prepared you for success? Share in the comments below!

Click to Tweet: On-the-job mistakes can commonly be traced back to lack of #training. "3 Lessons Learned from On-The-Job #Challenges" http://hubs.ly/y0642N0 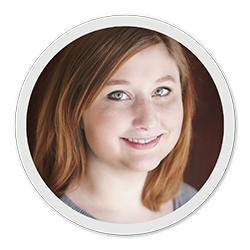 Posted on Wed, Aug 27, 2014
Next Post:
[Dr. Michael Allen] My Engaging e-Learning Obsession
Previous Post:
Be a Superhero with SAM