eLearning Design: Raising the Floor (Not Lowering the Roof) 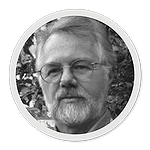 A few weeks ago, my colleagues (Michael Allen, Julie Dirksen, and Will Thalheimer) and I launched the Serious eLearning Manifesto. Our goal, fostered by a growing dissatisfaction with the lack of progress in quality coming out of much of learning technology, was to put some rigor into what makes good elearning. So we established eight core values, with 22 principles that define good elearning―when to use it, how to use it, and how to evaluate it.

First, we admit it’s not perfect. Heck, we’re four volunteers, and the time it took to get to a
stage where we felt it was ready to go took much longer than anticipated (as many projects do in life!). We’re comfortable in saying The Manifesto is not the final answer, because we don’t want to own this; we want it to be the vehicle to spark discussion. (And, we're not laying claim to the principles; they're based upon decades of research by scientists around the globe).

Thankfully, the reaction has been tremendous. We’ve had hundreds of signatories, been offered

opportunities to promote it, and indeed have sparked discussion, largely positive but also some negative. We want elearning to get better and hope The Manifesto fosters momentum to build a supportive community to improve this learning medium we love and believe in so much. But we're not assuming that, so we're focused on not letting the momentum die by addressing some of the constructive criticism we've received.

First, some of it we understand and can even agree with. When people complain that we don’t talk about the social component of learning, I’d have to agree. We could have had a principle that said something like: “Use social when possible”, going on how interacting with other viewpoints increases the likelihood of good outcomes (at least when well-facilitated). It may be a worthwhile extension, and we’re noting the same.

We also may be rightly chided for not more clearly suggesting that learners create tangible outputs. I myself have argued curricula should be activity, not content. It is implicit in our emphasis on meaningful practice, that is if the task to be performed is creating things, then so too should the practice. However, we might more clearly emphasize problem-solving and solution-creation.

There has also been a hue and cry for examples (even one for every principle!). We want examples to be shared that support the values and principles, and to figure out a way that this can happen, so we’re with you! We hope others will step up and volunteer in many ways; that's why the Manifesto is CC: BY—we want people to reuse, repurpose, and more.

Now, one of the most vociferous complaints about the Manifesto is that it will stifle creativity, so that is a complaint I want to address. Our goal is to raise the game without stifling innovation—once a baseline’s been set, we believe people will start pushing the envelope.

If the people who currently think content dumping and knowledge testing is the baseline raise their game to well-designed elearning, we reckon that’s a win worth having. Of course, some folks have been doing stuff far beyond what we’re talking about―games, mobile (including wearable), immersive technologies, and more. Yay, that’s what we’re hoping for!  It’s what I’d hoped I’d see when I jumped out of more research-based pursuits.

Yet, some folks feel that what we’re suggesting is mundane. And well, yes, it is. If you’re playing with the coolest stuff, maybe you’re missing that the average is pretty much below acceptable. There are people who will be lucky to get to the stage of better questions, let alone to simulations and beyond. And implicitly, our belief is that documenting what is minimum is a necessary (though not sufficient) solution.

As I stated elsewhere, we’re not trying to put in a ceiling—far from it—we’re just trying to raise the floor. We believe that if folks start with a more meaningful approach, they’ll be closer to seeing what the possibilities are to go beyond, far beyond. We may be wrong, but we strongly felt something had to be done. Here’s hoping!

And if you're attending the ASTD International Conference & Exposition in Washington, D.C., Michael Allen, Julie Dirksen, and I will present Getting Serious About eLearning today at 4:00 pm Eastern in Ballroom C. I hope to see you there!

Clark Quinn, PhD, works with organizations to align their use of technology with how we think, work, and learn. The author of four books on technology and learning, a well-regarded speaker nationally and internationally, and the first recipient of the eLearning Guild’s Guild Master award, Clark blogs at Learnlets, tweets as @Quinnovator, and works through Quinnovation.