Whether you are working on Design Thinking, composing a new training resource document or creating a full e-learning course—having great media resources is an essential part of the creative process. So here is a list of websites with free resources that you can use on your next project!

END_OF_DOCUMENT_TOKEN_TO_BE_REPLACED 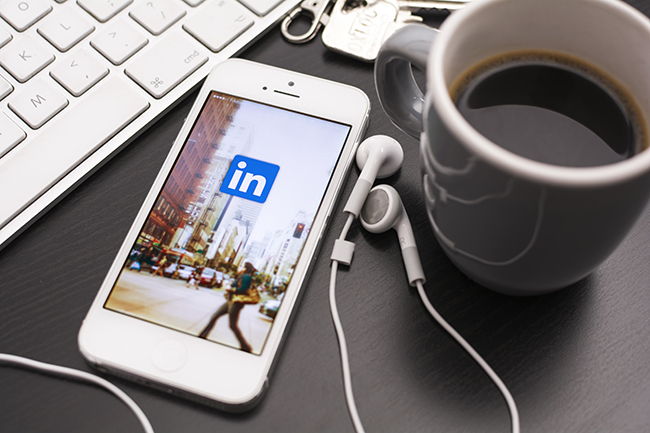 6 Ways to Connect with the e-Learning Community on LinkedIn

LinkedIn is a powerful tool for creating connections within your industry. Without leaving your desk, you can have a conversation with a Director of Learning from Fortune 50 Company or an Instructional Designer with years of experience. Here are a few tips to help you connect with e-learning professionals on LinkedIn!

END_OF_DOCUMENT_TOKEN_TO_BE_REPLACED

Halloween is just a few days away and finding a costume for work can be a challenge! It's gotta be creative but also work appropriate!

Halloween is a pretty big deal at Allen Interactions, so here are seven creative costume ideas to channel your inner instructional design geek!

END_OF_DOCUMENT_TOKEN_TO_BE_REPLACED

What Instructional Designers Can Learn from Kid President

You've probably heard of Robby Novak, or as he is better known, Kid President. Robby Novak and his brother-in-law, Brad Montague, created the first Kid President video in July of 2012. They have an amazing story which you can check out here, but after watching several of these videos, I was struck by the power and simplicity these videos have—no fancy film crew, no elaborate production. However, each video I watch makes me laugh, cry, and feel inspired to go do something worthwhile.

END_OF_DOCUMENT_TOKEN_TO_BE_REPLACED 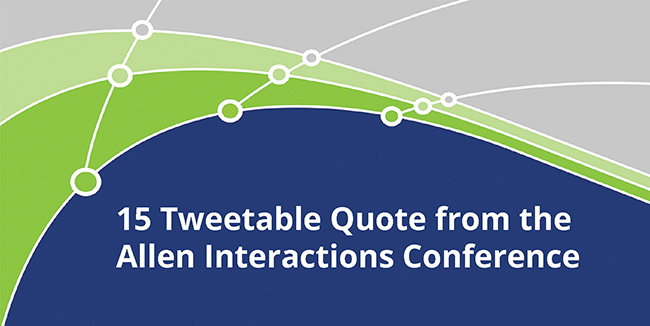 On Monday, we held our first ever Allen Interactions Conference. It was a wonderful day filled with insights from a few of our clients and members of our team. The day featured incredible keynotes from Michael Allen, our CEO here at Allen Interactions and Kimo Kippen, CLO of Hilton Hotels and Resorts. We were also lucky to have Tynea Valentine, Stephanie Crowe, and Ken Gregson join us and share their insights on how creating engaging e-learning has transformed training for their organizations.

END_OF_DOCUMENT_TOKEN_TO_BE_REPLACED The use of social media has made it easier than ever for us to connect with industry experts, thought leaders, and companies we admire! But sometimes it can be hard to cross the threshold of inserting yourself into the social media scene. So, if you aren’t yet harnessing the power of Twitter, here are a few tips from Allen Interactions to help you get started!